New Study Finds that Exercise is Good for Hearing 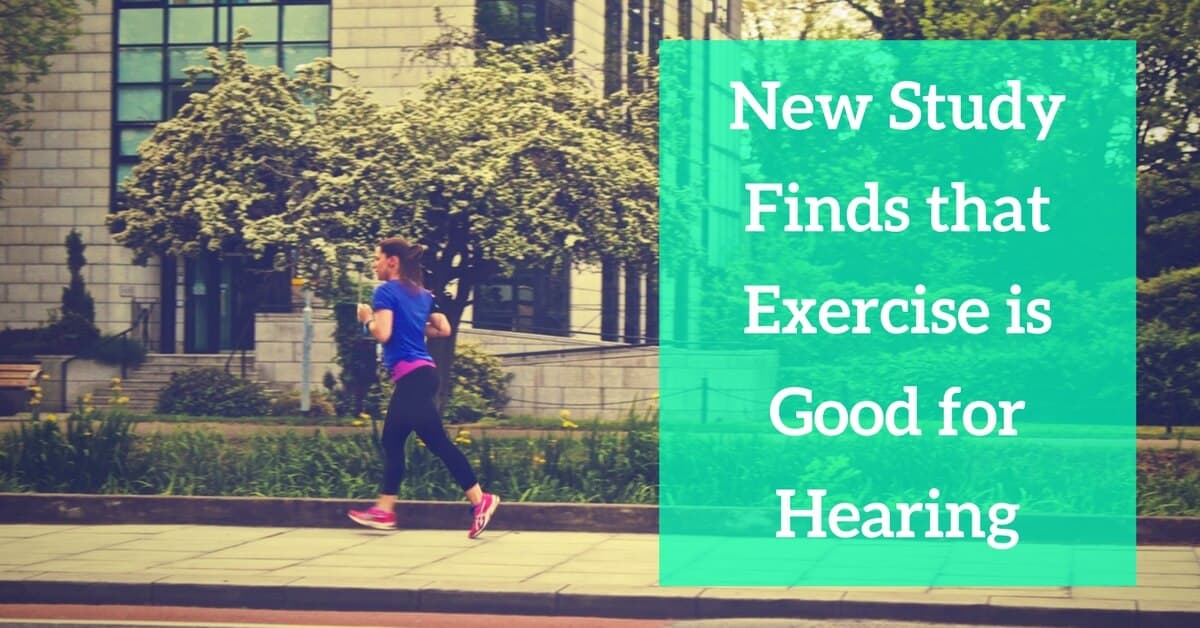 Dr. Howard Tamashiro
Dr. Howard Tamashiro uses specialized equipment to obtain accurate test results about your hearing loss. The tests are conducted in sound-treated rooms with calibrated equipment. He will thoroughly inspect your ear canals and eardrum with an instrument called an otoscope and conduct a diagnostic audiological evaluation to assess your hearing problems.

Regular exercise comes with a whole host of benefits, including physical improvements, such as managing weight and reducing the likelihood of developing diseases, as well as the enhancement of mental health by increasing endorphins and promoting a balanced lifestyle.

A recent study  has shown that exercise may have an additional, less well-known side effect: it may help to prevent age-related hearing loss.

As age-related hearing loss affects approximately 70% of people aged 70 years and older, researchers are eager to discover more about how to prevent hearing loss from developing.

Strial capillaries provide the auditory system with oxygen, while hair cells act as tiny feelers, sensing the sounds around us. Spiral ganglion round out the system by sending the sounds that have been picked up onwards to the brain for processing.

When these vital components begin to degrade, our ability to hear the surrounding environment reduces along with them.

The test: How researchers devised a study to examine how exercise impacts on hearing loss

A team of researchers from the University of Florida used mice to study how sedentary lifestyles may impact upon the ears.
The mice were separated into two categories: mice with access to a running wheel and mice without access. The mice were also kept individually separate, so exercise on running wheels could be adequately tracked and recorded.

At the peak of their lives, the active mice were running on average 7.6 miles a day! This is a lot more than the average human requires (see below), but the interesting element is the progress over time, and the comparison between the two categories of mice. At their lowest levels of activity, the mouse runners were running about 2.5 miles per day.

The peak in exercise correlated with the likely activity peak in humans. The exercise regimen peaked in the active mice when they were about 6 months old, which is akin to a human that is about 25 years of age. Exercise declined as the mice aged, generally from about 24 months – or 60 years old in human years – onwards.
Using this data, researchers compared the progression of active mice with sedentary mice. The findings were pretty shocking!

Researchers discovered that sedentary mice lost essential structures within the auditory system that assist with hearing, such as hair cells and strial capillaries, at a much higher rate than normal, exercising mice. Due to the degradation of these components, mice that remained sedentary experienced approximately 20% hearing loss overall, compared to just 5% hearing loss in their exercising counterparts.

When comparing the two sets of mice, the researchers found that the active mice kept markers of inflammation to approximately half that of the sedentary group. This may be another cause for the reduced rate of hearing loss in mice that remain relatively active throughout their lives.

Lead author Shinichi Someya, Ph.D., associate professor at the Department of Aging and Geriatric Research within University of Florida’s College of Medicine, indicated that this is the first research of its kind, in that it shows how regular exercise prevents age-related hearing loss in mice. Someya has also pointed out that the research translates well to humans. (view source)

How much exercise does the average adult need to maintain good health?

Relating this research to humans, it is important to stress that the average 60 year old is not expected to run 2.5 miles per day!
Some general guidelines indicate that people aged 19 to 64 should aim to achieve about 150 minutes of moderate exercise per week, along with strength exercises at least twice a week. Moderate exercise is classed as fast walking, water aerobics or hiking.

For adults aged 65 and up, the guidelines remain the same, but it is stressed that those with mobility issues or generally at risk of falls should also look to incorporate exercises that improve balance and coordination, such as yoga or dancing.

As previously mentioned, the health benefits are numerous, including reducing the risk of developing heart disease and cancer – by up to 50%! The role of exercise in preventing hearing loss is just another motivator for taking a (fast-paced) stroll, swim or heading down to your local gym or community center.

You don’t have to live with untreated hearing loss. Contact us at Hearing Center of Hawaii today for a consultation.