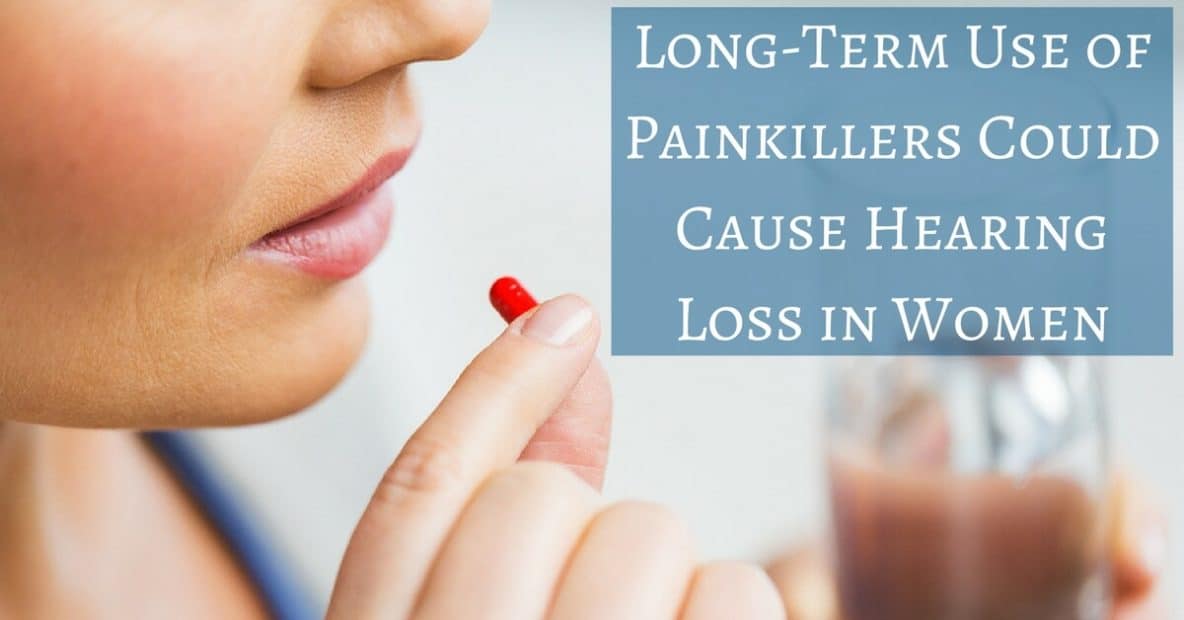 Dr. Howard Tamashiro
Dr. Howard Tamashiro uses specialized equipment to obtain accurate test results about your hearing loss. The tests are conducted in sound-treated rooms with calibrated equipment. He will thoroughly inspect your ear canals and eardrum with an instrument called an otoscope and conduct a diagnostic audiological evaluation to assess your hearing problems.

Long-term Use of Painkillers Could Cause Hearing Loss in Women

A recent US study suggests a surprising link between the long-term use of painkillers and hearing loss in women. According to the research, just over 1 in 20 (5.5%) cases of hearing loss cases in their study could have been the result of the use of paracetamol and ibuprofen. In prior studies, aspirin, paracetamol, and anti-inflammatory drugs like ibuprofen were seen to have lasting effects on the hearing. It would seem that taking these common over-the-counter pain medications could have serious consequences — and more so for women. But how much do we know?

The Painkiller Study – A look at the facts

The study, funded by the US National Institutes of Health, was a joint effort between researchers from the Massachusetts Eye and Ear Infirmary, Harvard Medical School, Harvard TH Chan School of Public Health, Vanderbilt University, and Brigham and Women’s Hospital. It was published on an open-access basis and is free to read online in the American Journal of Epidemiology, a peer-reviewed journal.

Data was collected from 55,850 women aged 44-69 at the start of the study. The participants, who were asked about their painkiller use every two years, were taken from the ongoing Nurses’ Health Study which began in 1976 and included 121,700 women.

In 2012, researchers asked the women if they experienced any hearing difficulties and, if so, when they started to notice the symptoms. After weighing other factors, such as age, researchers looked for a connection between the use of painkillers and hearing loss in these women. As some cancer drugs are known to be ototoxic (harmful to the ears), women who had had cancer were not included in the results.

The following results were found:

Are the results conclusive?

This study was conducted as a “cohort study” in which data is gleaned from a separate study, run over many decades. As the purpose of the nurse study was not initially to find a link between painkiller use and hearing loss, researchers say they can’t prove that one factor (in this case, painkiller use) causes the other (hearing loss). The study did not objectively test the degree of hearing loss, but rather self-reported rates of hearing loss which leave a margin of error. In addition to these factors, the majority of research participants were white women, so it is unknown whether the results would be the same for other groups.

However, cohort studies can be a useful means of detecting patterns and correlations, and the researchers say that their findings support other studies which point to a link between hearing loss and pain medications.

How do painkillers contribute to hearing loss?

These drugs are believed to contribute to hearing damage by limiting blood supply, removing protection from the inner ear, and harming the tiny hairs responsible for registering sound.

What are the implications of these findings?

The researchers believe that, although the drugs are connected to only a “modest” increase in the risk of hearing loss, even “a small increase in risk could have important health implications” given the prevalence of painkiller use in the US.

However, they also pointed out that there is no reason to believe that the occasional use of painkillers for headaches, muscle strains, or other pains would be harmful to the ears.

But if you are someone who takes one of these over-the-counter medications on a regular basis–defined as two or more days a week–the study is an important reminder that painkiller use could have serious health consequences over time. If you find yourself taking these medicines regularly, check with your doctor and find out if other approaches to pain management are available.

Though these results are not cause for alarm, it is important to monitor your hearing. If you’ve experienced changes in your hearing, contact us at Hearing Center of Hawaii for a comprehensive hearing test.

Locations in Honolulu and Aiea